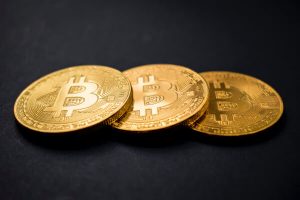 Bitcoin is a digital currency.

A digital currency is one that is used and stored on a computer. By way of comparison Dollars, Euros and Pounds are digital currencies because they can be used to buy things online and sent to others online.

Like Bitcoins gold is decentralised. You can dig up gold, create coins and give it to others, no-one controls the supply of gold. However, it’s difficult to use gold to buy things and you can’t use it over the Internet.

Bitcoin however has all the benefits of gold and digital currencies in one:

Also it does not run the risk of bankruptcy because it doesn’t have, one central point of failure.

No-one can inflate the supply of bitcoin and cause hyperinflation. Because unlike fiat currency bitcoin has a fixed supply. There will only ever be  21 million bitcoin.