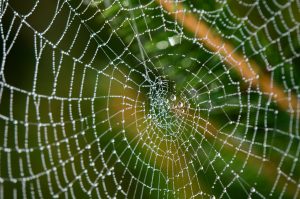 The internet is arguably one of the most significant advances in technology we have ever seen. Indeed, for most of us, it is hard to imagine life without the internet.

The internet has only been around for approximately 30 years. But during this time it has changed dramatically.

In the beginning, we had Web 1.0. This had only a handful of content creators. The majority of Web 1.0 users were content consumers.

Web 1.0 websites were static pages, the content was stored in files rather than databases, there was little interaction between users and content. It is no surprise to learn that Web 1.0 is called the read-only web.

As time went by, connection speeds increased, developers gained more skills and servers upgraded. This led to the emergence of Web 2.0 or the Social Web as its sometimes known.

Web 2.0 enabled a tidal wave of user-generated content, social media, instant website creation, blogging and platforms that allow users to upload content that anyone can search and view. This is the internet that we are familiar with today.

Web 2.0 saw the rise of massively all-powerful tech companies like Facebook, Google and Amazon. These companies rely on data to drive their business model. Data is collected from internet users, analyzed and then monetized by targeted advertising. Most of the time, users don’t even realize their data is being used without their permission. Meanwhile, these big tech companies are making a fortune!

Not only are these big tech companies exploiting users data, they also have complete control over who uses their services or not. Popular YouTubers and Twitter accounts have been famously frozen or cancelled because they allegedly violated regulations. This might not sound like a big deal, but getting a lot of engaged followers takes a lot of time and effort.

Put simply, Web3 is an umbrella term that covers a variety of Decentralized applications or Dapps. In fact, Web3 is often referred to as the Decentralized web.

The concept of decentralization came about due to the development of Bitcoin and Blockchain technology. Decentralization means that no one person, organization or company controls a project.

Web3 believers feel that decentralization is the future of the internet. People should be free to browse the internet without big corporations tracking their movements and stealing their data.

Does Web3 sound like a pipe dream? The answer is no. There are plenty of Web3 projects out there. Projects using AI, NFTs and Blockchain games. Web3 is still in the early stages, mass adoption is still far off. But it looks like Web3 is here to stay!