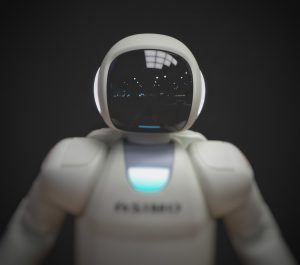 Once you start looking into AI (artificial intelligence) you find that people have mixed views about it. Some believe that AI will cause wide-scale job losses. Some think that AI can solve all the world’s problems. Before we can answer those intense questions we should find out what Artificial Intelligence is and learn about some of its applications in today’s world.

Artificial Intelligence is the idea that machines can do human tasks and improve upon their performance by learning. We’re not talking about futuristic robots like the T-800 rampaging through Los Angeles or HAL in Space Odyssey going rogue against the humans. We’re talking about machines that can carry out tasks by mimicking human reactions. These machines can improve their performance based on the information they receive. Now I say machines, but AI can also be software running on devices. For example chat-bots, FB recognising faces in photos and viewer recommendations on Netflix are examples of AI in action. Granted the software part is not as exciting as a real robot, but these are examples of systems that can learn and adapt.

This brings me to the question: what is the difference between Artificial intelligence and robotics? Strictly speaking, these are two separate fields. Robotics is a technology branch that deals with physical robots — programmable machines designed to perform a series of tasks. On the other hand, AI involves developing programs to complete tasks that would otherwise require human intelligence. However, the two fields can overlap to create artificially intelligent robots!

Alan Turing, back in the 1950s was talking about “thinking machines” and he is usually credited with the origin of the idea of AI. A few years later John McCarthy first used the term “artificial intelligence” to describe machines that could think autonomously. He described the concept as “getting a computer to do things which, when done by people, are said to involve intelligence.”

So the idea of AI isn’t a new thing and over the decade scientists have argued over the terms “thinking”, “intelligence,” and what “fully autonomous” is.

AI has made many advances in recent years. The ability of AI systems to incorporate intentionality, intelligence, and adaptability in their algorithms has come on leaps and bounds. Rather than being mechanistic or deterministic in how machines operate, AI software can learn and incorporate real-world experience in its decision making.

The Different Types of AI

The four artificial intelligence types are reactive machines, limited memory, Theory of Mind, and self-aware. These AI types are hierarchical, the most simple level requires basic functioning, and the most advanced level is all-knowing.

The simplest types of AI systems are reactive. They can’t learn from experiences or form memories. Reactive machines react to some inputs with some output. The system perceives the world directly and acts on what they see. Self-driving cars are an example of limited memory AI. They make immediate decisions using data from the recent past. They use sensors to identify steep roads, traffic signals, and civilians crossing the streets.

In Psychology, the “theory of mind” refers to the ability to attribute mental state — beliefs, intent, desires, emotion, knowledge — to oneself and others. An AI system with the Theory of Mind would understand that humans have thoughts, feelings, and expectations for how to be treated. That way, it can adjust its response accordingly. We have not gotten to the Theory of Mind stage in AI yet so yelling angrily at Google maps isn’t going to change its output!

Examples of AI in Action

We have already mentioned chatbots and social Text editors which are a form of AI. There are others that you may be familiar with. Grammarly detects spelling, grammar and punctuation mistakes. It suggests corrections and gives information on readability and plagiarism alerts. This is all made possible by Natural Language Processing or NLP algorithms. Another example of AI is digital assistants. Siri was the first digital assistant and since then many others have been developed. Digital assistants are adaptive and can analyze user preferences, habits, and schedules. They can organize and plan actions such as reminders, prompts, and schedules. Smart home devices

Many smart home devices use AI to make life easier for users. Smart- thermostats use our daily habits and heating/cooling preferences to adjust home temperatures. Smart refrigerators can create shopping lists based on the content on the shelves.

This article is only a very brief introduction to AI. Its purpose is to show that AI is not just in the realm of sci-fi. But, that it exists and aids us in our daily lives.